For those of you who just thought you knew everything, here's a
refresher course.

Now you know everything!

The liquid inside young coconuts can be used as a substitute for blood  plasma.
No piece of paper can be folded in half more than seven (7) times.
Donkeys kill more people annually than plane crashes.
You burn more calories sleeping than you do watching television.
Oak trees do not produce acorns until they are fifty (50) years of age or older.
The first product to have a bar code was Wrigley's gum.
The king of hearts is the only king without a mustache.
American Airlines saved $40,000 in 1987 by eliminating one (1) olive
from each salad served in first-class.
Venus is the only planet that rotates clockwise.
Apples, not caffeine, are more efficient at waking you up in the morning.
Most dust particles in your house are made from dead skin.
(No wonder my house is so DUSTY! LOL!)
The first owner of the Marlboro Company died of lung cancer.
So did the first "Marlboro Man."
Walt Disney was afraid of mice.
Pearls melt in vinegar.
The three most valuable brand names on earth: Marlboro, Coca Cola, and
Budweiser, in that order.
It is possible to lead a cow upstairs...but not downstairs.
A duck's quack doesn't echo, and no one knows why.
Dentists have recommended that a toothbrush be kept at least six (6) feet away from a toilet to avoid airborne particles resulting from the flush. (I keep my toothbrush in the living room now!)
Richard Millhouse Nixon was the first U.S. president whose name contains all the letters
from the word "criminal." The second? William Jefferson Clinton.
(Please don't tell me you're SURPRISED!?!!) And the best for last.
Turtles can breathe through their butts.
(I know some people like that; don't YOU?) Now you know everything there
is to know. Of importance that is.

A man and his wife were driving home one very cold night when the wife asks her husband to stop the car.  There was a baby skunk lying at the side of the road, and she got out to see if it was still alive.

It was, and she said to her husband, "It's nearly frozen to death. Can we take it with us, get it warm, and let it go in the morning?"

"Where shall I put it to get it warm?"

He says, "Put it in between your legs.  It's nice and warm there.

"But what about the smell?"

The man is expected to recover, but the skunk she used to beat him with died at the scene.

He goes back in for breakfast and his mother gives him a bowl
of dry cereal.  "How come I don't get any eggs and bacon? Why don't I have any milk
in my cereal?" he asks.

Just then, his father comes down for breakfast and kicks the cat
halfway across the kitchen. The little boy looks up at his mother with a
smile, and says,

"Are you going to tell him, or should I?

Last year I upgraded from Girlfriend 7.0 to Wife 1.0. I
soon noticed that the new program began unexpected child
processing that took up a lot of space and valuable
resources. In addition, Wife 1.0 installed itself into all
other programs and now monitors all other system activity.
Applications such as Poker Night 10.3, Football 5.0, Hunting
and Fishing 7.5, and Racing
3.6 no longer run, crashing the system whenever selected.

I can't seem to keep Wife 1.0 in the background while
attempting to run my favorite applications. I'm thinking
about going back to Girlfriend 7.0, but the uninstall
doesn't work on Wife 1.0. Please help!

This is a very common problem about which men are complaining.

Many people upgrade from Girlfriend 7.0 to Wife 1.0,
thinking that it is just a Utilities and Entertainment
program. Wife 1.0 is an OPERATING SYSTEM and is designed by
its Creator to run EVERYTHING!!! It is also impossible to
delete Wife 1.0 and to return to Girlfriend 7.0. It is
impossible to uninstall, or purge the program files from
the system once installed.

You cannot go back to Girlfriend 7.0 because Wife 1.0 is
designed to not allow this. Look in your Wife 1.0 manual
under Warnings-Alimony/Child-Support. I recommend that you
keep Wife1.0 and work on improving the situation. I suggest
installing the background application "Yes Dear" to
alleviate software augmentation.

The best course of action is to enter the command
C:\APOLOGIZE because ultimately you will have to give the
APOLOGIZE command before the system will return to normal anyway.

However, be very careful how you use these programs.
Improper use will cause the system to launch the program
Nag Nag Nag 9.5. Once this happens, the only way to improve
the performance of Wife 1.0 is to purchase additional
software. I recommend Flowers 2.1 and Diamonds 5.0 !

WARNING!!! DO NOT, under any circumstance, install
Secretary With Short Skirt 3.3. This application is not
supported by Wife 1.0 and will cause irreversible damage to
the operating system.

Best of luck,
Tech Support
A 6 year old and a 4 year old are upstairs in their bedroom. "you know what?" says the 6 year old. "I think it's about time we started cussing."
The 4 year old nods his head in approval. The 6 year old continues, "When we go downstairs for breakfast, I'm gonna say something with 'hell' and you say something with 'ass'.   The 4 year old agrees with enthusiasm.
When their mother walks into the kitchen and asks the 6 year old what he wants for breakfast, he replies, "Aw, hell, Mom, I guess I'll have some Cheerios."  WHACK! He flies out of his chair, tumbles across the kitchen floor, get up, and runs upstairs crying his eyes out, with his mother in hot pursuit, slapping his rear with every step.  His Mom locks him in his room and shouts, "You can just stay there until I let you out!"
She then comes back downstairs, looks at the 4 year old and asks w! ith a stern voice, "And what do YOU want for breakfast, young man?"
"I don't know," he blubbers, "but you can bet your fat ass it won't be CHEERIOS." 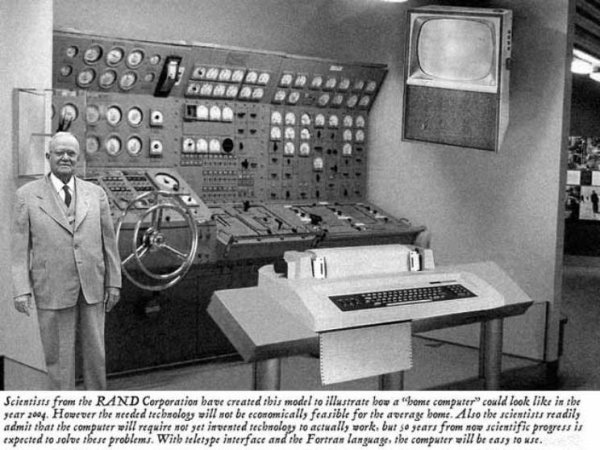 A young man named John received a parrot as a gift. The parrot had a bad
attitude and an even worse vocabulary. Every word out of the bird's mouth
was rude, obnoxious and laced with profanity. John tried and tried to
change the bird's attitude by consistently saying only polite words, playing soft
music and anything else he could think of to "clean up" the bird's
vocabulary. Finally, John was fed up and he yelled at the parrot. The
parrot yelled back. John shook the parrot and the parrot got angrier and even
more rude. John, in desperation, threw up his hand, grabbed the bird and put
him in the freezer. For a few minutes the parrot squawked and kicked and
screamed. Then suddenly there was total quiet. Not a peep was heard for
over a minute.

Fearing that he'd hurt the parrot, John quickly opened the door to the
freezer. The parrot calmly stepped out onto John's outstretched arms and
said "I believe I may have offended you with my rude language and actions.
I'm sincerely remorseful for my inappropriate transgressions and I fully
intend to do everything I can to correct my rude and unforgivable
behavior."
John was stunned at the change in the bird's attitude.
As he was about to ask the parrot what had made such a dramatic change
in his behavior, the bird continued, "May I ask what the turkey did?"

Scientists have discovered that desert tumbleweeds are excellent at removing radioactive uranium from contaminated soil while absorbing moisture. However, when they've absorbed enough they...well....roll away, becoming the little nuclear-powered tumbleweeds we are all familiar with. Researchers are attempting to modify the plants so they will not pull up roots and leave after they've completed their job.

According to Wal-Mart, the best selling item in it's stores during the recent hurricanes in Florida wasn't what you'd expect. No, it wasn't food, water or batteries. It was beer. I guess having your trailer blow away isn't as important as how much you'll care while it's happening.

In eastern Louisiana earlier this month a bag containing money stolen from a casino was found woven inside a beaver dam wall by authorities.

St. Helena Parish deputies searched for the money for days until a lawyer, hoping to make a deal with prosecutors for a client, called and said the money had been discarded in the creek.

While searching the creek, police found two bags of money but were unable to locate a third. It wasn't until breaking apart the beaver dam did they find the stolen loot, still intact, woven into the dam wall.

No one answered until little Mary stood up, angry, and said,

"You should not be asking 6th graders a question like that!

I'm going to tell my parents, and they will go and tell the principal, who will then fire you!"

With a sneer on her face, she then sat back down.

Mrs. Parks ignored her and asked the question again, "Which body part increases to 10 times its size when stimulated?"

Little Mary's mouth fell open; then she said to those around her, "Boy, is she going to get in big trouble!"

The teacher continued to ignore her and said to the class, "Anybody?"

Finally, Billy stood up, looked around nervously, and said,

"The Body part that increases 10 times its size when stimulated is the pupil of the eye."

Mrs. Parks said, "Very good, Billy," then turned to Mary and continued, "As for you, young lady, I have three things to say:

One, you have a dirty mind,

Two, you didn't read your homework, and

Three, one day you are going to be very, very disappointed."